My Picture
03.11
Teofilo gelding Twilight Payment was sent to the front, where he dictated the race from start to finish, delivering Lloyd Williams a seventh Melbourne Cup as an owner and giving Joseph his 2nd winner of the race following Rekindling in 2017. His rider Jye McNeil wins his first cup.
He increased the pace from the 1000m and sent his mount out to a clear advantage as the field swung into the straight.
From there, McNeil said he was confident Twilight Payment could keep the momentum going despite Tiger Moth and Prince Of Arran closing hard.
Jye McNeil said :- “I’ve got goosebumps, I am overwhelmed with emotion at the moment. It’s a miracle. “I encouraged him to go forward, because that was the plan. Then he just found such a lovely tempo at the top,”
It was just a matter of amping the rhythm up at just the right stage and I am glad it all worked out.
Joseph wanted me to be a step ahead of the field and really get them chasing. What he lacks in class he makes up in his staying ability. I’m glad it worked. It’s a very big moment, I’m not worried about the empty grandstands at all. To be able to get the opportunity from the Williams family today... it’s very overwhelming. I was confident. I was trying not to use the whip too many times. And also I was trying to use my voice to encourage him as much as possible. It was a matter of hanging on, and he was very tough.”
.....................................................
Home By The Lee becomes a Grade 3 winner over fences. 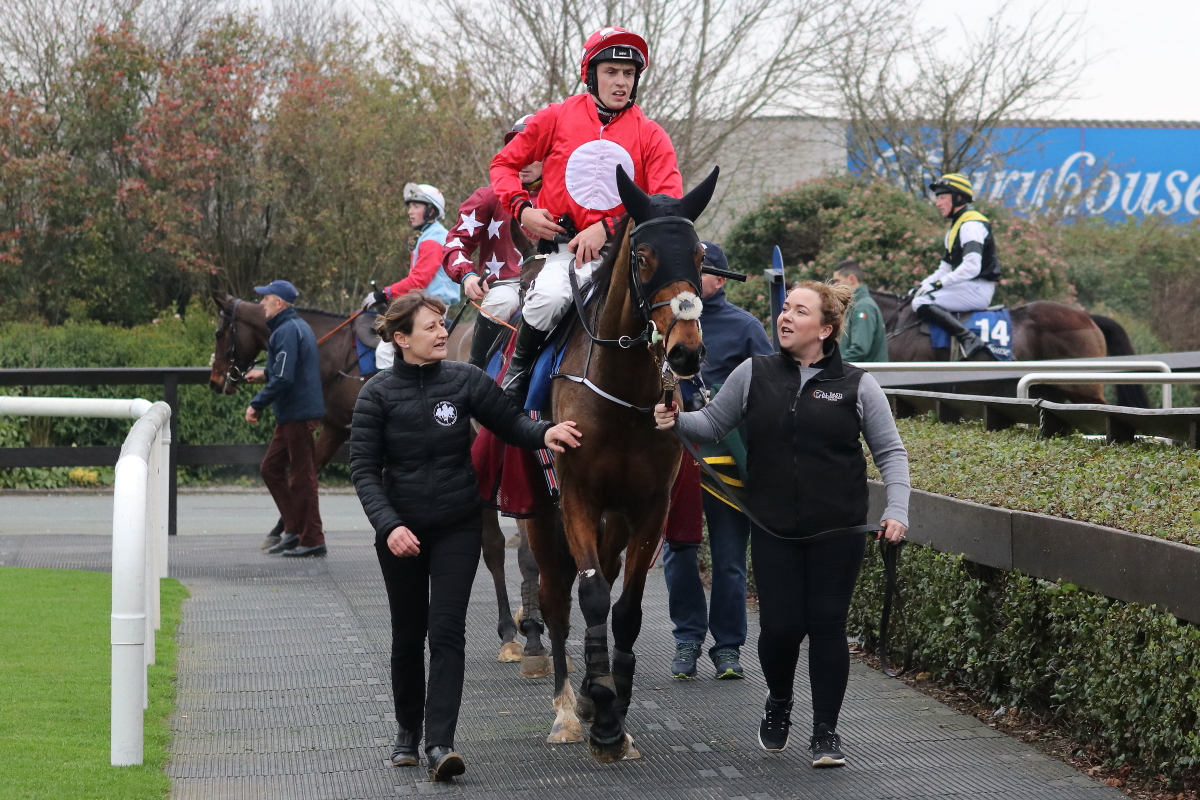 David Betts Picture
01.11
Fame And Glory Gelding Home By The Lee records his biggest win to date when landing the Grade 3 Paddy Power Podcast EBF Novice Chase with JJ Slevin aboard. The win was his 5th from 8 career starts, he is 2 for 2 over fences and is a lovely horse to be following.
JJ had him
prominent early, he was 6th from the 6th, he made a slight mistake 5 out, he lay 7th approaching 4 out, He made headway to chase the leaders in the straight, he challenged from before last, led run-in, stayed on well to win by 1 3/4 lengths.
JJ said:- “it was a big ask having had just one run over fences and he jumped fairly well but got under one or two. He stays very very well and is a lovely horse going forward. I needed a good jump at the last but didn't get a wonderful jump but he managed to get away from it well and plugged on to the line.”