Raise You wins his Group 3

Ryan had her track the leader on the outside, she was shaken up under 3 furlongs out, she

her. She was a bit idle. She's a big scopey girl and still has a lot of potential, with more to come.

“She’s well balanced with a nice turn of foot. She stayed a mile and three at Chester and I think a strongly run 10 furlongs will be ideal for her.”

Hermine Bastide, representing sponsors and owners Coolmore, added: “She has entries in all the big fillies’ races including the Prix de Royallieu and the Prix de Diane, but her next race is likely to be the Pretty Polly Stakes at the Curragh.”

Above The Curve currently has entries in the following races:

Raise You was held up towards rear, he was well off the pace at halfway, made headway

traveling well early in the straight, led 1 ½ furlongs out and soon asserted, ridden and

kept on well inside final furlong to win by 3 ½ lengths.

Joseph said “The plan was to come here and get a nice start to the season.

I thought Shane gave him a lovely confident ride today and I'm delighted to get a stakes win under his belt.

Settling and going up in trip has probably been the making of him over his past couple of runs.

He's an enthusiastic worker at home and I was slow enough to go up in trip with him as he works with plenty of pace.

I hoped he'd achieve more by now but maybe the best is yet to come and since we've made the step up in trip and ridden him patiently, he has really come good.”

Raise You currently has entries in the following races:

his first start for Joseph.

He was towards the rear but was in touch with the leaders, made headway going okay on

over 1furlong out, he led and hung right inside final furlong, kept on well towards finish to

win by a length.

Joseph said "He was obviously a good two-year-old, we just had a little hold up so we ended up starting today. I'm delighted to get the season started off nicely with him. Thanks to Mick Donohoe for trusting me with him and hopefully he's a horse that can go forward from here.

I thought he did well because I thought it set up for the horses closer to the speed. Shane had to move out to get a clear run and I thought he gave him a good ride the way the race worked out tactically.

He hit the line well and I think it was a good enough performance. Coming here I wasn't sure how far we would be going but looking at the race you'd be going further rather than shorter.

When asked if he could take up his engagement in the Irish Derby he added, “He also has options in Ascot and I'd imagine it will be one or the other.”

Hannibal Barca currently has entries in the following races: 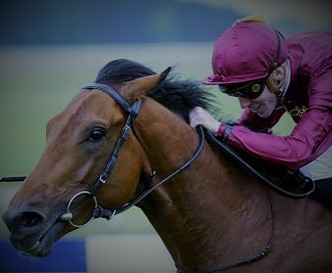 Alison Mitchell Picture
02.05
Fastnet Rock colt Buckaroo gave winning Group 1 jockey Shane Crosse another pattern success when landing the Listed  Coolmore Irish EBF Tetrarch Stakes
tracked leaders early, held up after 2f, 5th halfway, smooth progress on outer 2f out, 2nd 1 1/2f out, pushed along to challenge 1f out, soon ridden to lead, quickened away closing stages
Joseph said: “I was really happy with that. I took a bit of a chance coming back to a mile but I thought he’d been working with plenty of pace, maybe more than I was giving him credit for in his earlier days. He looks like an Irish Guineas horse. He’s a big, strong, powerful horse and has quite a laidback attitude. I discussed it with Sheikh Fahad and we decided to come here and find out if he was a Guineas horse. I see him as more of an eight to be ten-furlong horse than a ten to be twelve-furlong horse. He seems to be versatile ground wise."
Winning time was 1m. 44.33 secs, which is 1.32 secs slower than the course average on the ground conditions. .
Buckaroo currently has entries in the following races:-
AMETHYST STAKES (Group 3) at Leopardstown on 08 May 2022
TATTERSALLS IRISH 2000 GUINEAS (Group 1) at Curragh on 21 May 2022
CAZOO DERBY (Group 1) (1) at Epsom Downs on 04 June 2022
ST JAMES’S PALACE STAKES (Group 1) (1) at Ascot on 14 June 2022
KING EDWARD VII STAKES (Group 2) (1) at Ascot on 17 June 2022
DUBAI DUTY FREE IRISH DERBY (Group 1) at Curragh on 25 June 2022
.................................................................................................
State Of Rest wins his 3rd top flight race
Picture Rose Anderson
01.05.
Starspangledbanner colt State Of Rest carried on where he left of at the end of 2021 when winning the Group 1 Prix Ganay on his first start as a 4 year old to get his new owners off to the best possible start. The Colt has now won 3 Group/Grade 1's in 3 different countries, America, Australia and now France.
Raced in fourth on the outside, he was shaken up over 2 furlongs out, ran on, he led entering final furlong, kept on well winning by 3/4 of a length.
winning time was 2m 8.46s  which was fast by 1.54s on Good To Soft
Joseph said “It was a great performance, Shane gave him a lovely ride. The race didn’t set up perfectly for him and he managed it very well, I’m delighted for everyone at home. To come here at the start of the season with a win in a Group One like the Ganay is very special, I’m very proud of everyone and I hope it’s the start of a good season ahead. He has a very good constitution, it’s not every horse you could campaign the way this lad has been campaigned. I think it’s a testament to the horse’s mind, his versatility and his constitution to travel as much as he has and keep performing. The Tattersalls Gold Cup at the Curragh is next on the agenda, with the Prince of Wales’s Stakes at Royal Ascot also pencilled in the diary come June. There’s a pretty obvious programme for 10-furlong Group One horses through the summer, the Tattersalls Gold Cup will be the most likely spot for him next and then we will take it from there. We’ll take it one race at a time, hopefully we can have a good season. I think he won’t go further, the Prix d’Ispahan is here over nine furlongs so we could come back for that, but I think it is more likely we would go to the Curragh.”
State Of Rest currently has entries in the following races:-
TATTERSALLS GOLD CUP (Group 1) at Curragh on 22 May 2022
QUEEN ANNE STAKES (Group 1) (1) at Ascot on 14 June 2022
PRINCE OF WALES’S STAKES (Group 1) (1) at Ascot on 15 June 2022
....................................................................................
Scarlet And Dove Beats her Cheltenham conqueror
Old Picture
29.04
Jeremy mare Scarlet And Dove gives her Cheltenham conqueror Elimay a bloody nose when landing the Grade 2 Hanlon EBF Glencarraig Lady (M) S´chase  under a brilliant ride from Bryan Cooper.
at flag off she disputed, she led before the 2nd, she was joined again before the 5th, jumped left from 6th,  she led from the 8th,  made a mistake 3 out, ridden to assert after 2 out, easily winning by 15 lengths.
Bryan  said: "It was class. I just got into a lovely rhythm, it's a jumping track. I suppose when you are on a forward-going horse and you are jumping, it is one of the best places you can be really. I'm delighted. I didn't want to go looking for a big one at the third last, I knew I had plenty left. She was quick to fiddle away. Funny, she usually goes right but maybe she was jumping out to Elimay a little bit today. She picked up well going to the second last and it was a fair performance.
She did everything right (in Cheltenham), got the split and I had a little look at the last that day and maybe it was the winning and losing but she was 25/1 that day and it was a cracking run. I'm delighted to ride a winner in these colours again. They have been very good to me and it is great to be here."
Joseph said: “She ran really well in Cheltenham where she missed the last two fences and was still close to Elimay. We weren’t sure we’d beat her today but thought we’d give her a good run for her money. Bryan gave our filly a great positive ride today. She jumped brilliant apart from the third last. I was delighted with that. I suppose winning a Grade 1 would be the main objective next season. She’s a Grade 2 winner and a big mare so there is no reason why she can’t be even better next year.”
Her winning time was 5m. 33.90 secs, which is 1.16 secs slower than the course average on good to yielding.
Scarlet And Dove currently has no future entries.